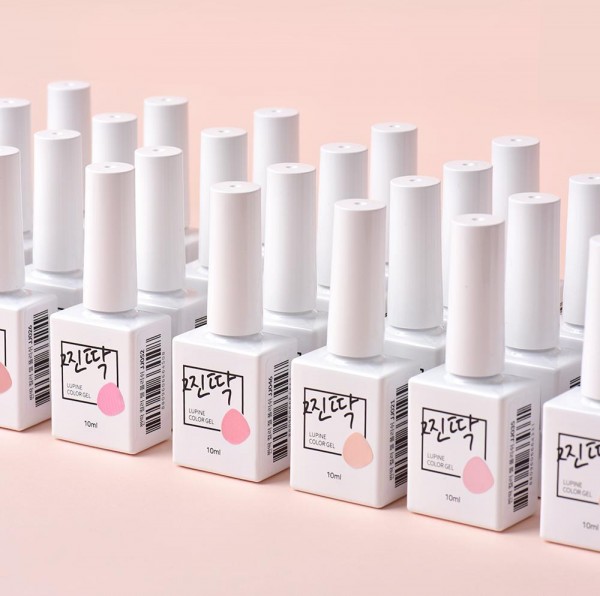 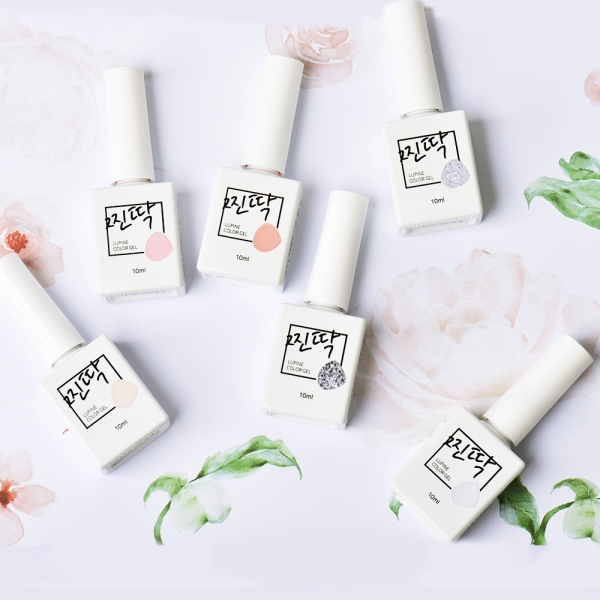 Lupine JJINTAK Gel is a line that has been reconstructed with syrup gel by carefully selecting the colors most sought after by customers among the Lupine Polish and gel colors that have been released for the past 10 years and the latest trends in 2022.

The brand name of JJINTAK Gel was also inspired by Lupine JJINTAK  Base and JJINTAK Top Gel, which were famous for their strong holding power and luster among the Lupine series. As its name shows, JJINTAK Gel was made, taking a lot of effort into maintaining and applying the gel color, as well as developing the color. An official from Lupingel said that prior to the release of Jingtaek Gel, the development was carried out by listening to various opinions through consultation with nailists, nail salons, and industry-university cooperation with major universities' beauty departments.

It is evaluated that the JJINTAK Gel composed mainly of nude tones is excellent as a base for various nail art such as wedding nails, and it has high utility because it can be mixed with any color as well as gradation. 60 kinds of various color lines can enhance the attractiveness of users not only in daily life but also at year-end parties with a single color.

Lee Don-jin, CEO of SJ Nail Co., Ltd., emphasized, “Lupin JJINTAK Gel was launched with the goal of providing an inexpensive but high-quality gel color.” As it is a period we are going through, we hope that this will serve as an opportunity to revitalize the Korean nail industry again.”

With the release of Lupine JJINTAK Gel, various events are in progress, such as an event to build a JJINTAK Gel and live broadcast on Instagram. In addition, it plans to further strengthen the color lineup by releasing 12 additional types of glitter this winter. In addition, Lupine JJINTAK Gel plans to participate in Nail Expo Seoul held at SETCE in Seoul from October 21 to 23 to provide a place for communication with customers.